As president and chief executive officer of the Detroit Metro Convention and Visitors Bureau, Claude Molinari knows his way around Detroit to be sure. Not always a Detroiter though – having moved to the city in 2011 to take the role of general manager of Huntington Place – Molinari had to be curious about the city and get to know his favorite things and spots. And curious about the city he was, and still is!

As president and chief executive officer of the Detroit Metro Convention and Visitors Bureau, Claude Molinari knows his way around Detroit to be sure. Not always a Detroiter though – having moved to the city in 2011 to take the role of general manager of Huntington Place – Molinari had to be curious about the city and get to know his favorite things and spots. And curious about the city he was, and still is!

He shares some of his favorite spots with us here…

DII: An acquaintance is visiting the city and asks where they should have dinner and a drink. What do you recommend?

CM: The truth is that the vibrancy of Detroit and our metro region’s culinary scene makes it very difficult to select one option, so I am first going to try and understand what my friend is looking for in terms of atmosphere and cuisine.

Restaurants like Selden Standard, Takoi, Detroit Vegan Soul, Boabab Fare, Highlands, and Shewolf will be high on my list in the city. It is also very easy to recommend fantastic places in Oakland County like Noble Fish or Mable Gray, in Macomb County like Gauidino’s, or in Western Wayne like Al-Ameer. 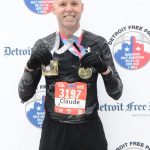 Of course, my friend might be looking for a good slice of pizza, and then I can recommend another dozen places famous for their take on Detroit-style pizza, which is the best in the country.

It is starting to look like my acquaintance will have to spend a few nights visiting our region and then come back with more friends!

DII: You find yourself with a free Saturday afternoon and want to spend it roaming around the city – what places will you hit?

CM: My wife and I love riding our bikes through the city. Detroit has the number one riverfront in the United States, so we would take that up to Belle Isle before heading back towards Eastern Market via the Dequindre Cut. We will most definitely stop off at Eastern Market Brewery before making our way up to a museum like the Charles H. Wright or the DIA.

DII: Your favorite public transit, and where do you take it to?

CM: I didn’t grow up in Detroit and only moved here in 2011 to help manage the convention center, which meant that my first experience with public transit in the city was the People Mover. The vantage point of being above street level makes riding the People Mover a fantastic way to see the downtown core.

It is also essential to add that public transit is one of the most critical resources our region can improve upon. We have a better system than most people realize with the RTA, DDot, and SMART, but there is no doubt that we can do more to regionalize and expand service options.

DII: Best place to get a cup of coffee? 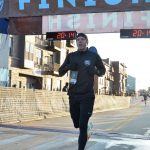 CM: The Congregation on Rosa Parks Blvd. just south of the Boston Edison neighborhood is such a great place to get coffee or a nice light bite to eat.

DII: Where do you park downtown to get to what you need to do most?

CM: Our office building off Fort Street has a great parking spot that allows me to get anywhere.

DII: Where do you go to learn more about the city?

CM: I am so proud to have become a Detroiter, but growing up in New York meant I needed to be curious about the city and our region.

I am always learning from people like Jeanette Pierce from City Institute, Dennis Archer Jr., Mark Wallace, Christina Lovio-George, and many others. I am also grateful to learn from cultural institutions like the Detroit Historical Society.

DII: What’s your favorite new discovery in the city over the past year?

CM: Ladder 4 Wine Bar off Vinewood and Michigan Ave. in the Chadsey Codon neighborhood opened earlier this year, and the place has a great energy about it, in addition to a superb selection of wines.

DII: What’s the most underrated spot that deserves more visibility?

CM: It is hard to say that a museum as spectacular as the Charles H. Wright Museum of African American History is underrated, but I can 100% say it deserves more visibility. The museum is a national treasure, and I encourage visitors and locals to explore its exhibitions.

DII: What makes a Detroiter?

CM: There are many ways to be a Detroiter, but the commonality with most people is a deep care about each other and the community. Detroiters don’t shy away from challenges; we recognize that the city can still get better, and each of us, in our own way, is committed to lifting the community up.

DII: What do you treasure most about the city?

CM: I treasure the spirit of the people that live here. Time after time the city has had to deal with challenges that would have been too much for other places, but Detroiters always find a way to persevere. That spirit attracts people to visit our city and is why I am so proud to serve the community at our region’s convention and visitors bureau.